The field includes four different order fulfillment tracks that each include a field robot (named Squeaky) that is used to gather parts and fulfill orders.

Teams may also choose to replace the field-supplied arm for the field robot with a custom arm of their own design. A team-supplied arm must be made from kit material and has size limits and other constraints. 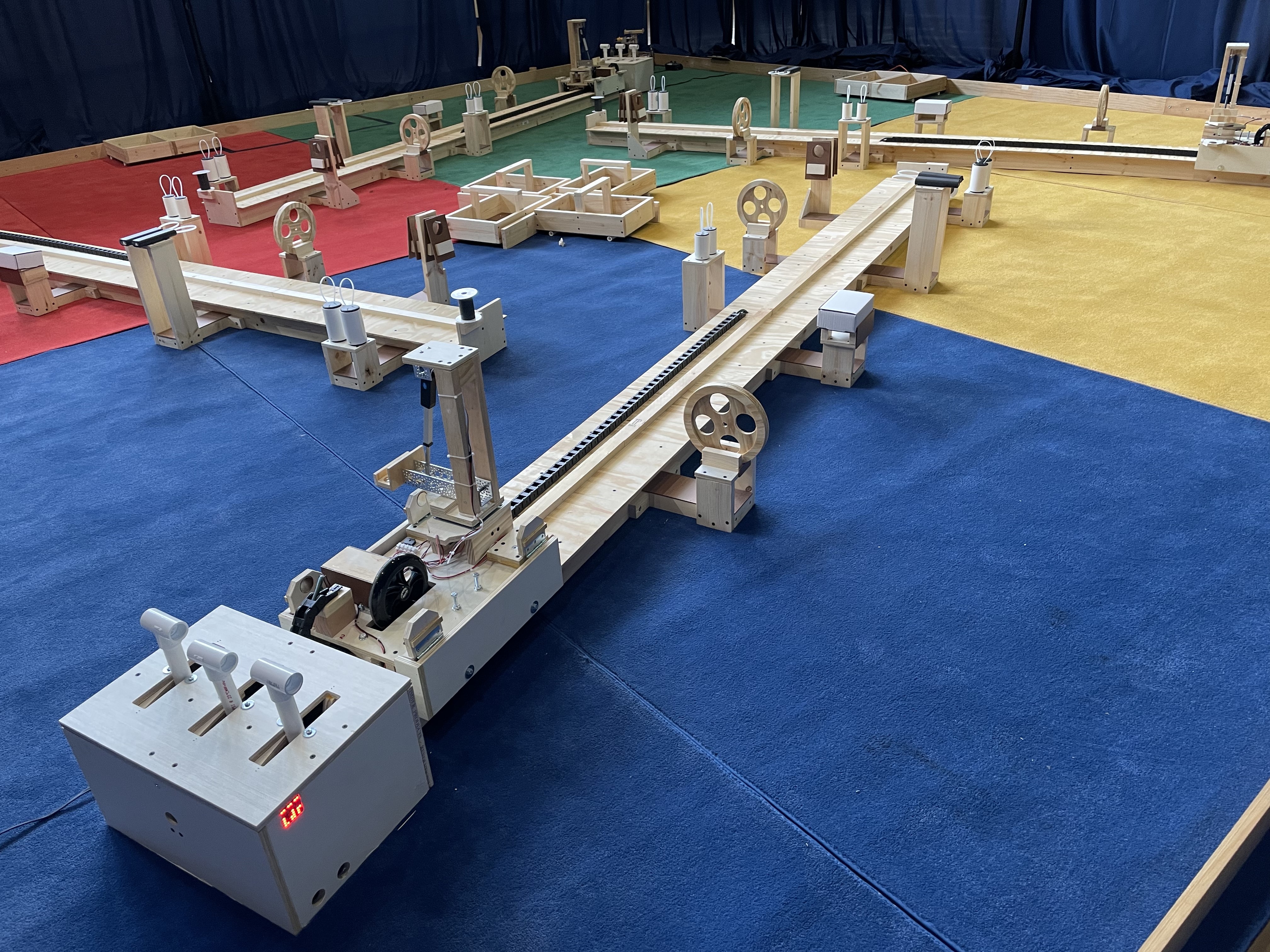 A list of orders that can be completed by collecting certain combinations of order fulfillment game pieces is given below. Only a single order can be placed into an order box and any extra pieces beyond those necessary for an order nullify the order and the order bonus doesn’t apply.

Teams have constructed their machines subject to a list of allowable materials and other rules on construction, as well as initial size and weight limits.  There are also numerous restrictions on how the game is played.  A partial list of restrictions includes:

The 15th and 16th teams for the semi-finals will be the highest scoring teams during two “wildcard” games. The participants for the wildcard game are selected based on the score of their engineering notebook.  All teams are required to turn in an engineering notebook documenting the development and design of their robot.  This notebook is a significant portion of the BEST Award and the wildcard game gives teams further incentive to turn in quality notebooks by rewarding them for their effort.

At the start of the semi-finals, the scores will be reset to zero. For the semi-final round robin playoff, the top 16 teams will each play three matches.  The total of each team’s scores for these three matches will determine which four teams advance to the finals.  For the final competition, total scores will again be reset to zero.  The top four teams will play three additional matches to determine the final ranking order.

Additional information on the BEST Award Results and the Game Results are available.